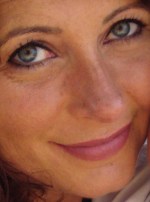 Thanks for taking the time to visit my blog. Let me tell you why I’m here.

When I was a kid, I loved to write stories. Stories about magic shoes, fairies, what it was like being the daughter of Elvis Presley’s chauffeur (what can I say – I had a vivid imagination and a Dad who liked rock & roll).

In my teenage years, I churned out a fair amount of angst ridden really bad poetry, mainly focusing on the crucial issues of why doesn’t such and such boy like me, the music of  The Cure and will I ever stop getting spots (‘No’, I have discovered is the answer to the latter).

But then, as happens to most of us, I grew up and writing got pushed further and further to the back of the queue behind the usual stuff like laundry, working nine to five and school runs.

But I’ve always found the time to read and obsessively so – I think there are some Stephen King books that I could quote by heart – and I’m a master of the art of stir-frying with one hand while holding a book with the other. It was a casual remark made by my husband about  a year ago that made me think about actually writing again.

He pointed out that if I could find the time to constantly have my nose stuck in someone else’s book, then I could probably find the time to write one of my own. So I thought I’d give it a go.

As soon as I started, I remembered how much I used to love it and what I intended to only be a short story grew and grew until the characters had taken on a life of their own and weren’t too pleased about being abandoned after only a few thousand words (although the downside is that my ironing pile now resembles K2).

The result is the first of three (maybe four!) books in a supernatural teen fiction series  focusing on the central character, Evangeline Devine. It’s got the working title of “Gifted”, but nothing’s set in stone.

I figure nothing ventured, nothing gained. I’ve really enjoyed writing it, so even though it’s a bit daunting to put it out there for all to criticise, I’d like to find out if people would enjoy reading it too.

So I’ve posted the first three chapters on here to see what you think – feedback and criticism (preferably constructive!) welcomed and appreciated !

One thought on “Hello”